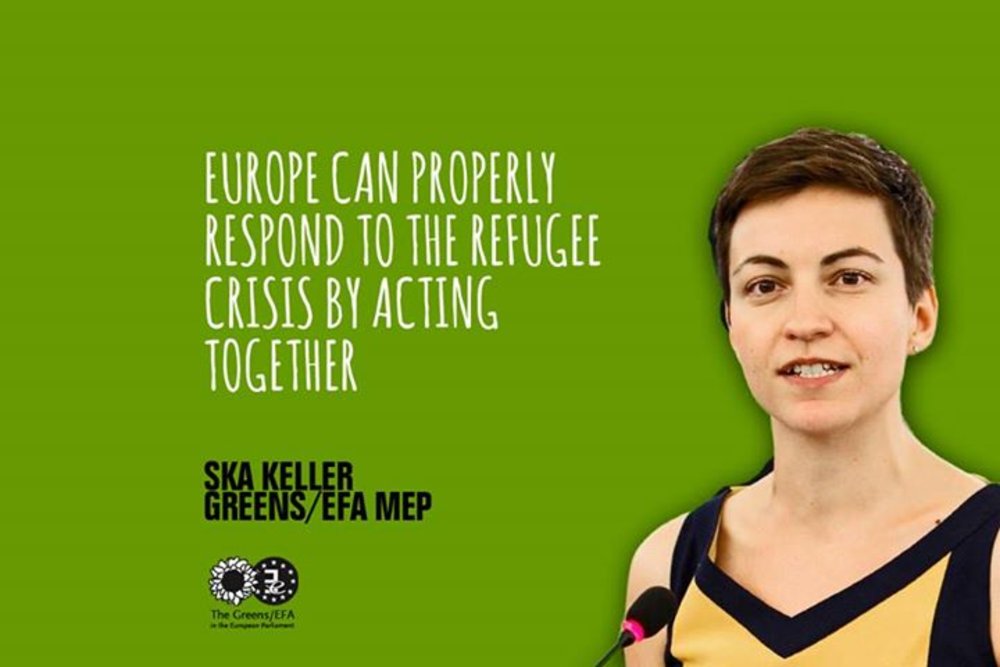 European citizens are demonstrating an unprecedented level of solidarity with refugees.  They show that compassion and protecting those in need must remain at the heart of European action. On the other hand, most European governments are displaying an embarrassing lack of solidarity, insufficient coordination and incoherent action. The refugee crisis is a solidarity crisis. It is caused by the unwillingness of European Member States to share responsibility.

Member States must to act in solidarity! The refugee crisis is a huge challenge for Europe. The EU can only address it in an efficient way if Member States stand together firmly, based on the principle of solidarity and responsibility sharing.

1.  Binding emergency mechanism for the fair distribution of refugees among Member States

The proposal by the European Commission to quadruple the number of relocation places for refugees from an initial 40,000 to 160,000 is an important step forward to immediately ease the situation in Hungary and to further support Greece and Italy. But ad hoc measures are not enough. We insist that the permanent relocation mechanism for emergency situations, which the European Commission proposed in addition on September 9th, must be adopted by the Member States and the European Parliament swiftly and without delay.

The distribution key must be binding for all Member States. It is unacceptable that EU Member States stepped back from their joint responsibility by replacing the binding distribution key already suggested by the Commission in its first proposal issued in May 2015 on relocating 40.000 refugees from Greece and Italy by a voluntary scheme. So far only eight Member States have pledged to fulfil their quota, a  large majority have pledged significantly less places.

2. Replacing the Dublin system by a fair system of solidarity and responsibility-sharing

The Dublin system is a failure. It has created unsustainable imbalances among Member States in both arrivals of asylum seekers and their final destination in Europe. Therefore, we call on the EU Commission to make a proposal for an overhaul of the Dublin system. It must be replaced by a system of solidarity and responsibility-sharing which needs to be fair to both Member States and asylum seekers. The new system should be based on an EU-wide legally binding key for the distribution of asylum seekers between Member States. It should also take into account the needs and preferences of asylum seekers. They are human beings, not just numbers. They should be able to apply for asylum in a Member State where they already have family ties, community links or better employment prospects. This would significantly improve their integration perspective. It also would reduce irregular onward movement of asylum seekers to other Member States and the need for coercive measures such as detention for the purpose of transferring them back to the Member State responsible.

In addition, the Commission should bring forward a proposal to allow for the mutual recognition of positive asylum decisions so that people granted protection enjoy the same right of free movement in Europe as EU citizens. This would allow them to work or study in another Member State immediately rather than being stuck in the Member State where they are granted protection for years.

Refugees and migrants must be able to reach shelter in Europe in a safe way, without risking their lives. They  have hardly any possibilities to reach Europe in a legal and safe way by taking an airplane or a ferry. Instead, they have to resort to ruthless smugglers and dangerous routes. This year alone 2800 women, men and children died on their way to or through Europe.

Greens/EFA resolution of 7 September 2015 on "Migration and Refugees in Europe": http://www.greens-efa.eu/migration-and-refugees-in-europe-14450.html

Greens/EFA resolution of April 2015 on "Latest tragedies in the Mediterranean and EU migration and asylum policies": http://www.greens-efa.eu/latest-tragedies-in-the-mediterranean-and-eu-migration-and-asylum-policies-13944.html