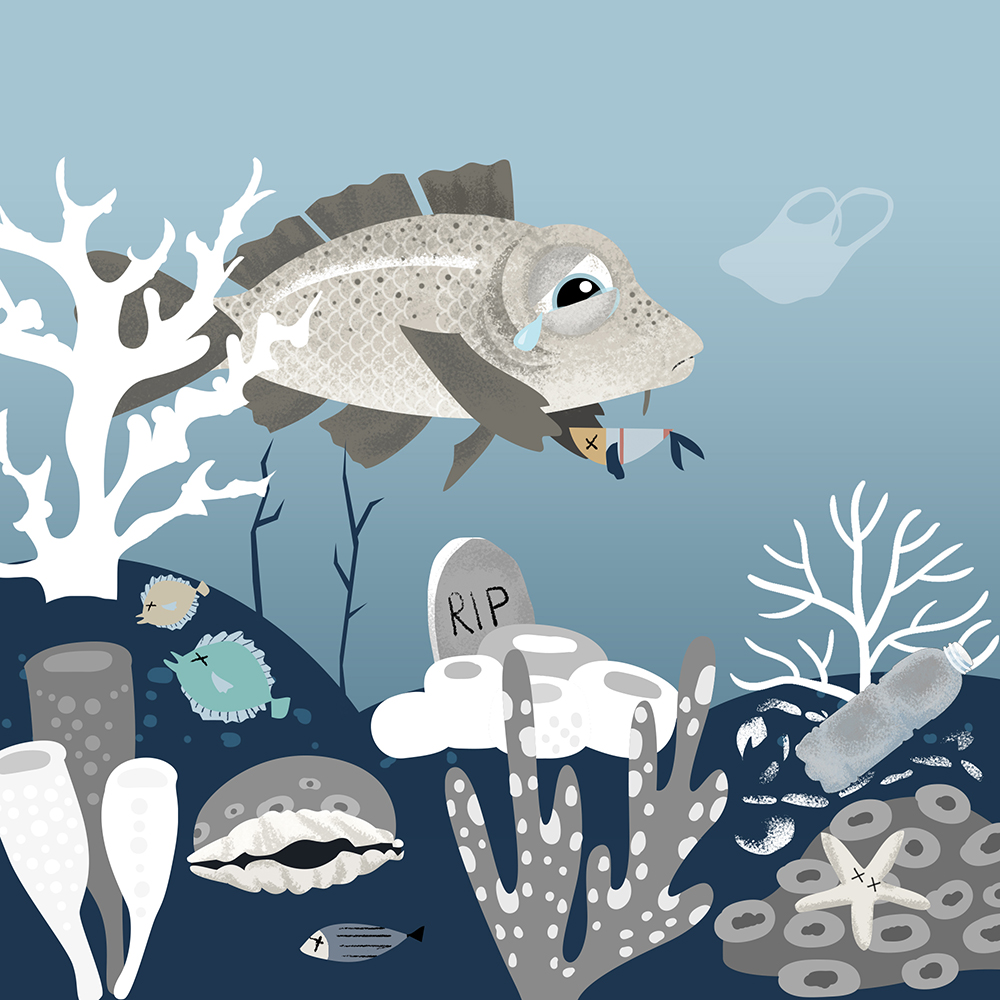 Most sea creatures need oxygen to survive. Oxygen depletion in the oceans is becoming a huge problem, killing marine species and creating so-called ‘dead zones’. These areas with zero oxygen have quadrupled in size since 1950, and areas with low oxygen have multiplied tenfold.

Dead zones occur because of eutrophication that happens when the oceans get too many nutrients like phosphorus and nitrogen. These nutrients mainly come from agricultural fertilizers. Nutrient runoff leads to uncontrolled algal bloom, which disturbs ecosystem balance and kills marine species in the area.

We have to fight for sustainable agriculture and decrease the use of pesticides. Our actions on land also affect life in the oceans.