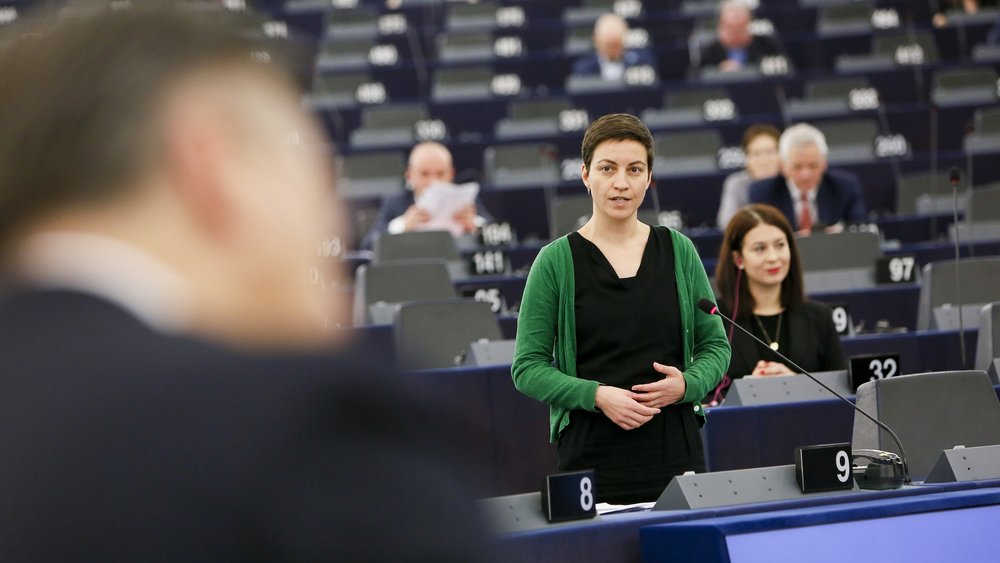 “We are open to discussion with all democratic candidates who will run for the presidency of the European Parliament. For us, three elements will be crucial for our support. We want to see a feminist and more diverse parliament. For too long, the presidents have mainly represented one gender. It’s time to change that and have a female president. But we also need to see progress for example when it comes to implementing the recommendations for preventing and dealing with cases of sexual harassment in the house. The Parliament has always defended women’s rights and this needs to be done also by the next president. Diversity needs to be better reflected, for example, in the hiring and promotion policies.

“We want to see a sustainable parliament. The majority of the house supports the Paris Agreement and the EU’s climate targets, and the Parliament needs to lead by example by reducing our carbon footprint and environmental impact through measures such as promoting climate friendly mobility and reducing paper waste. The Parliament needs to strengthen its CO2 reduction plans to do its part in meeting the goals of the Paris Agreement.

“We also want a democratic parliament that takes its own rules seriously, is transparent and accountable and leads the way on ethical standards. Part of modern management also needs to be to learn the lessons from the pandemic by, for example, allowing more remote participation, also for MEPs on parental leave, in the future.”

“MEPs frequently call for greater transparency, accountability and democracy, but these values start at home. This Parliament needs to improve transparency around decision-making and access to documents, it must implement reforms to the General Expenditure Allowance and stand up for higher ethical standards.

“The next president will be in place ahead of the next European elections and this period will be crucial for the democratic process. This house must stand up for democracy by promoting the democratisation of the EU through supporting transnational lists and the spitzenkandidaten process.

“The Parliament should show bold courage and creativity when it comes to defending the rule of law. We cannot let the Commission and Council get away with inaction as democracy is being dismantled across Europe. We expect the next president to make use of all the Parliament's powers to defend democracy, the rule of law and fundamental rights.

“This house must represent all peoples of Europe and allow Members to communicate in their own languages. The rich diversity of the European Union should be reflected by allowing the use of minority languages as working languages of the European Parliament.”