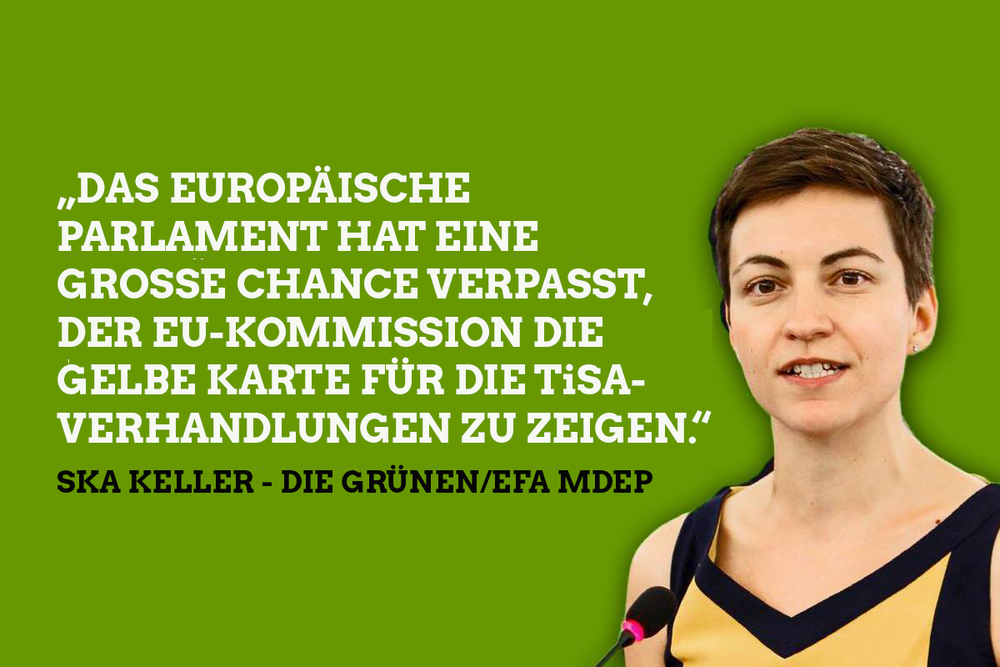 The European Parliament today adopted a resolution setting out its position with regard to the ongoing negotiations on the Trade in Services Agreement (TiSA). The Greens criticised the resolution, which fails to properly highlight the major concerns with the negotiations. After the vote, Greens/EFA vice-president and trade spokesperson Ska Keller said:

“The European Parliament has today missed an opportunity to show a yellow card to the European Commission, with regard to its negotiating strategy on TiSA. The resolution includes some positive elements, like the demand  to clearly and unequivocally exclude all public services and services of general interest (like water and healthcare) from the scope of the negotiations. However, this doesn't mean anything as long as the European Commission ignores the Parliament´s demands.

"The Greens/EFA group pushed for the negotiating mandate of the Commission to be changed taking into account the criticisms set out in the resolution. The Greens also advocated making the final vote of the parliament on any TiSA agreement dependent on these criteria. There was no majority for this among MEPs. As a result, the demands set out in the resolution lack teeth and remain without consequences.

"We will continue to push for the protection of public services and to fight against the TiSA agreement."