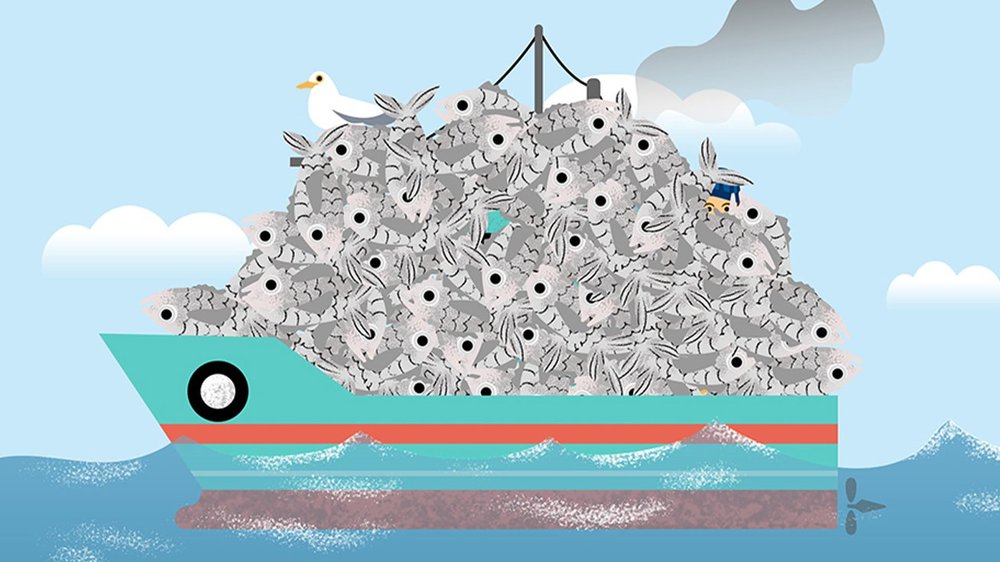 Overfishing and harmful fishing techniques have been tolerated for far too long, disturbing the balance of marine ecosystems and damaging marine habitats. Marine litter has created large garbage patches of plastic in the oceans that marine animals ingest and get entangled in. Extraction of oil and minerals from the sea has led to water contamination and habitat loss. Pesticides and fertilisers used in intensive agriculture often end up in the sea, causing oxygen depletion and creating large ‘dead zones’ where marine life no longer exists.

And on top of all of that, climate change is affecting living conditions in the ocean with an increasing and concerning speed. This is not only dangerous for marine life, but for all of us - if the oceans are under such cumulative pressure, their ability to act as ‘carbon sinks’ and protect us from the worst consequences of climate change is diminished.

But later this year, there is a great opportunity to reduce these threats and restore the health of our oceans - a UN summit on biodiversity (known as COP15 - 15th meeting of the Conference of the Parties to the Convention on Biological Diversity) will take place. At the summit, political leaders will adopt a framework that can set ambitious targets to address threats to marine biodiversity.

We need to radically reduce the impacts of human activities on our oceans.

It is not only how much we fish, but how we fish

Overfishing is a global problem. In Europe, although progress is being made towards more sustainable management of marine resources, overfishing is still a huge issue. In the Mediterranean and Black Sea, 75% of fish populations are overfished. In 2020, Europe missed its deadline to end overfishing, andyear after year, EU ministers have been setting fishing quotas above scientific recommendations.

It is not just fishing too much that is a problem, it is also how we fish. Bottom trawling is a method of fishing that involves dragging heavy weighted nets across the sea floor in an effort to catch fish. Commercial finishing companies use it to catch large quantities of fish in one go. However, bottom trawling has a severe impact on the seabed, destroying habitats, especially areas with corals and sponges. It also causes other animals to get tangled in the massive trawling nets, even endangered species that should not be fished. This is known as ‘bycatch’ and it is a huge issue for marine biodiversity. A recent study concluded that bottom trawling releases as much carbon as air travel.

At least 14 million tons of plastic end up in the oceans every year. Millions of marine animals ingest and get entangled in plastic debris every year, causing death or serious injuries. In the oceans, plastic waste is broken down into smaller particles. These particles, known as microplastics, are everywhere - they have been found in fish, shrimp, and mussels consumed by humans; they exist in the municipal drinking water systems; and they are even drifting through the air we breathe.

Ocean pollution does not only come from plastic - it also comes from agricultural sources, more specifically nutrients like phosphorus and nitrogen. Too many nutrients in the sea cause the depletion of oxygen and uncontrolled bloom of algae. This leads to appearance of so-called ‘dead zones’, where marine life can no longer survive. Areas with no oxygen have quadrupled in size since 1950, and areas with low oxygen have multiplied tenfold.

Chasing profit at the expense of marine life

In pursuit of profit, oceans are valued because they offer the possibility of extracting oil, gas and minerals, with no regard for how this affects the marine environment. Oil spills poison and kill marine animals. A rise in mineral extraction from the deep sea - known as deep sea mining - could be extremely harmful to the environment. It would not only impact marine populations and habitats, but possibly hamper the ocean’s ability to sequester carbon, which would in turn exacerbate the effects of climate change. Last year, a leak in an underwater gas pipe in the Gulf of Mexico led to a terrifying and surreal sight of the ocean on fire.

It is high time for political leaders to put an end to the overexploitation of marine resources at the expense of the environment and people. We have to stop overfishing and end destructive fishing practices. Instead, we should promote low-impact fishing methods, including through more research. We need to drastically reduce the use of pesticides and nutrients in agriculture, improve our waste management and reduce plastic production and pollution. And of course, we need to urgently move away from fossil fuels and reduce greenhouse gas emissions.

These are big changes, and there will be resistance. But we have to reconcile our human activities with the needs of our oceans, to restore marine wildlife, which is vital for supporting all life on Earth. 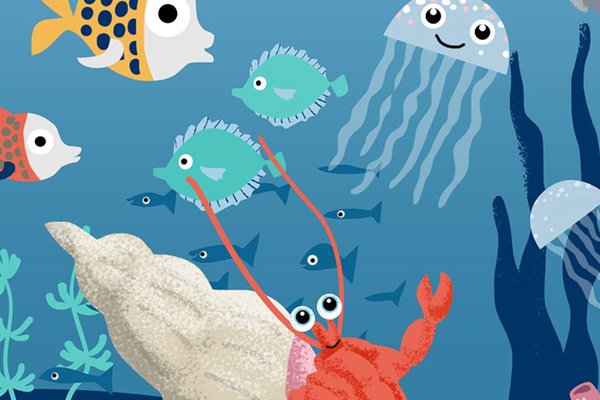