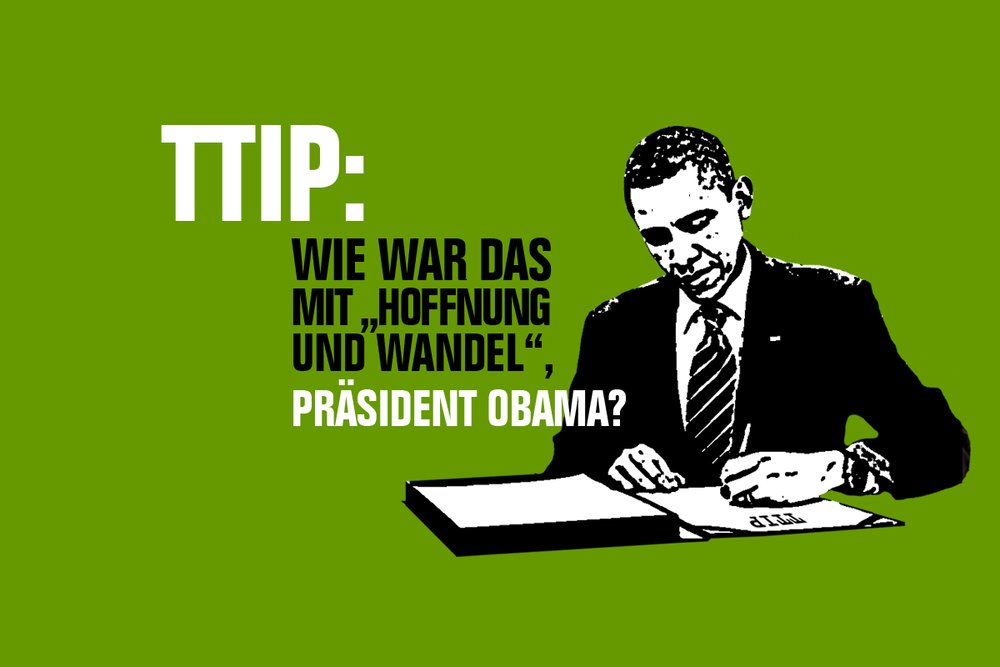 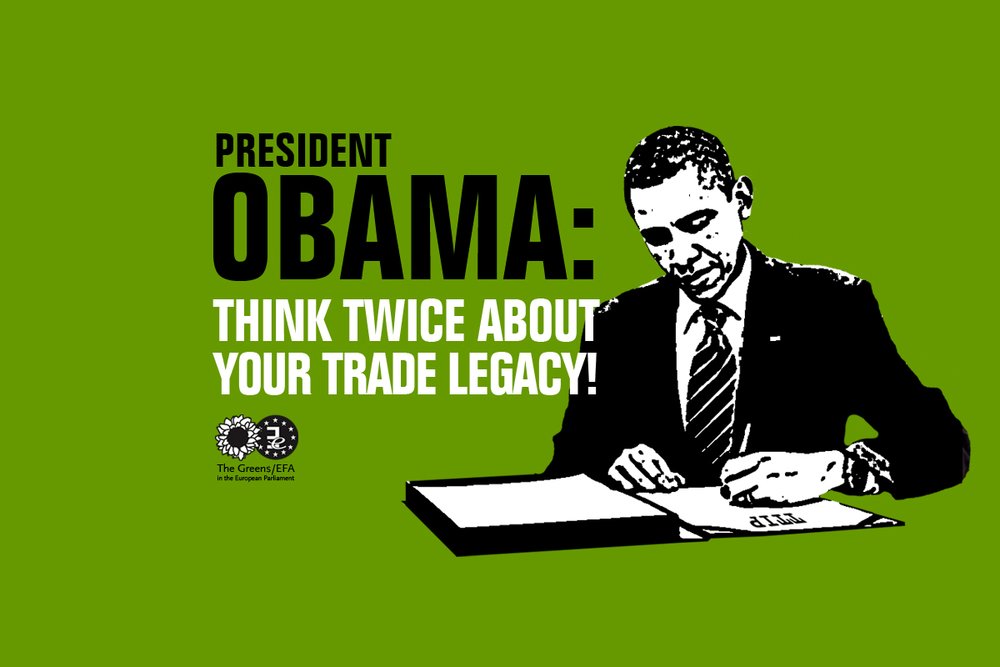 The United States and the European Union will soon commence the 13th round of negotiations for the Transatlantic Trade and Investment Partnership (TTIP). Your visit to Hannover's Industrial Fair in Germany has been interpreted as an effort to speed up talks to reach an agreement by the end of the year.

We believe this is a mistake. So as you embark on your final months in office we implore you to listen to our concerns which are shared by many U.S. citizens also.

You should not try building a trade legacy based on a power-play for the finalization of negotiations that are just not ripe. We are aware of efforts of your government to possibly find European support for an early TTIP harvest. We do not agree to this approach, since we fear that many European interests would be sacrificed on the altar of Mike Froman’s one-tank-of-gas narrative. Voices from the business sector have been raising this same concern publically and internally.

We would like to highlight six of our most urgent concerns:
- We utterly reject any effort to undercut hard-won regulations and standards that are there to protect workers, consumers, small businesses, data privacy and the environment;
- Privileged investor protection is skewing the market and undermining our democracies in favour of trans-national corporations. The multi-billion dollar TransCanada challenge to your decision to cancel the Keystone XL pipeline is just one example of a future we categorically oppose;
- Regulatory cooperation must not be taken as a pretext for giving privileged stakeholders even more influence on democratic legislation and the application of regulations;
- In the day and age of the Paris Accord, which your government joins in signing April 22nd in New York, trade deals must be designed to further the necessary low carbon transition. They must not allow an even stronger lock-in of fossil energy interests;
- Any regional trade deal should be designed to help re-igniting a multilateral global trade agenda;
- Citizens on both sides of the Atlantic must have access to the texts under negotiation, especially on issues impacting democratic processes, such as regulatory cooperation. Any agreement negotiated in the dark is ultimately an agreement against the citizen.

Of these six concerns TTIP presently doesn’t even address one fully.

We believe that we can build a strong transatlantic alliance that can act as a force for good. The success of the European Parliament in passing strong data protection legislation to protect citizens and defend their rights is a case in point.

The EU and the US are collectively the largest consumer economies in the world. That responsibility also requires leadership. We need to refocus on agreements that empower people and our democracies, that raise standards to protect workers, public services and the environment, and that fosters our common U.S. and EU interest to fight against tax evasion and tax heavens. It is clear that the path TTIP has taken so far moves us further away from these vital goals.

As your presidency draws to a close, we witness in the U.S. and the EU a groundswell of citizen engagement. There is an opportunity to harness that energy.  Pushing for real change to how trade deals are done is part of the necessary change.

The participation of so many citizens on the issues relating to TTIP/TPP gives us hope that our democracies are something people are still willing to fight for.

The pdf of the letter you can find here.