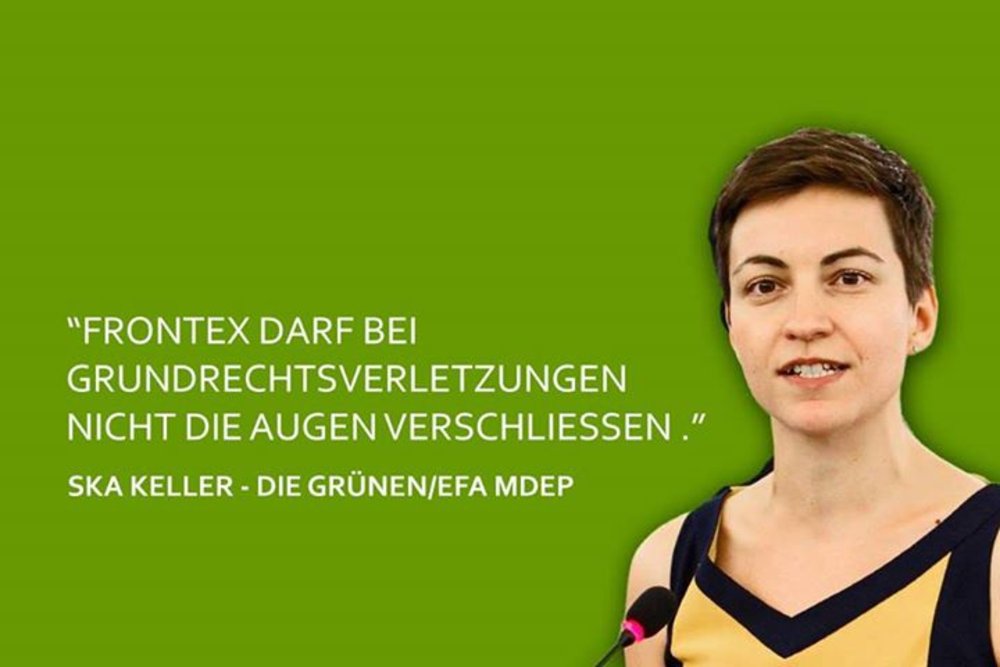 The European Parliament today approved a proposal to grant the EU’s border management agency FRONTEX greater powers, notably for border and coast guard missions. The Greens opposed the plan, due to concerns about the fundamental rights implications of the new system. After the vote, Greens/EFA vice-president and refugee policy spokesperson Ska Keller said:

“This plan would transform FRONTEX into a border defence and deportation agency. Instead of being guided by the principle refugee protection, this new scheme would penalise EU member states that let in too many refugees or deport too few persons who have no right to stay in the EU. They could be forced to accept FRONTEX border operations against their will under threat of expulsion from Schengen. That undermines the very essence of what the EU is about.

“Human rights and refugee protection are clearly an afterthought under this plan. Despite having expanded competences, FRONTEX will shamefully not be obliged to carry out more search and rescue at sea, despite the record levels of those drowning seeking to cross the Mediterranean.

“The EU is also continuing with its policy of outsourcing its responsibilities regarding border management. Under this new scheme, FRONTEX will be able to engage in cooperative border control missions in third countries beyond the EU’s borders, even in countries like Libya. FRONTEX would become an accomplice of countries whose commitment to fundamental rights and migrant and refugee protection is badly lacking.

“One silver lining is that the European Parliament insisted that FRONTEX will not be able to deport people from one third country (such as for instance Serbia or Turkey) to another third country. The Greens also successfully included a provision that FRONTEX create a proper complaint mechanism. People who feel their rights have not been respected in the context of a FRONTEX mission will at least have a procedure to complain.

“There is clearly a need for European border management but the respect of human rights has to be at the heart of such a system. Border control cannot mean that refugees are denied access to protection in the EU.”

A briefing by Ska Keller on the border and coast guard plan can be found at http://www.skakeller.de/en/topics/refugees-migration/more-power-for-frontex-no-boost-to-human-rights-the-new-european-border-and-coast-guard-system.html